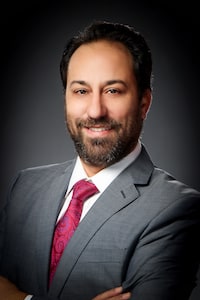 Damian J. Nassiri is the founding partner of NASSIRI LAW, INC., a law firm headquartered in Orange, California. NASSIRI LAW, INC. does business as "CANNABIS LAW GROUP. Mr. Nassiri serves as general legal counsel to over 100 medical marijuana collectives in Southern California.  He consults with qualified patients who are looking for legal advice on how to start and run a collective in compliance with state law.  Mr. Nassiri heads up the law firm's medical marijuana advocacy and litigation group. The goal of CANNABIS LAW GROUP is to fight to ensure that seriously ill Californians have the right to obtain and use marijuana for medical purposes."

Mr. Nassiri has helped several collectives set up shop and run their dispensary in compliance with the Compassionate Use Act (Proposition 215), the Medical Marijuana Program Act ("MMPA" also known as SB420), the Attorney General's Guidelines, as well as the California case law interpreting these statutes. He is a tireless champion for the patients' fight to have safe access to medical marijuana.