Since 2009, our medical marijuana lawyers have set up and incorporated over 500 medical marijuana dispensaries, collectives, growers, delivery services and concentrate businesses. Recently with the passage of proposition 64 and state regulation of medical and adult use marijuana, our lawyers have helped clients obtain cannabis business licenses.

MORENO VALLEY - Successfully obtained a storefront dispensary license for clients in Moreno Valley. Here, we applied for Storefront Retail License in May 2018 and was informed by City in July 2018 that client has been chosen to proceed to next round with City, involving an interview with the City council. Attorney Nassiri attended the interview and represented his clients. Clients were informed in August 2018 that they had been awarded the dispensary license. 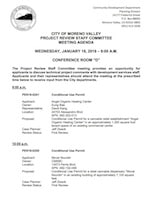 OCEANSIDE - Applied for delivery license in February 2019. Application is in review.

PASADENA - Applied for storefront retail license in January 2019. Application is in review.

CALIFORNIA CITY - Applied for storefront retail and delivery in February 2019. Application is in review.

LOS ANGELES - Currently have several clients with applications to be filed when Los Angeles opens up licensing window in August 2018 and later.

People v. Aguilar (2016) - CASE DISMISSED! Our client's case was dismissed even after he was arrested with 847 marijuana plants and over 22 pounds of dried marijuana flower. Our clients were represented by Cannabis Law Group, and the case was dismissed after our lawyers presented the District Attorney's office with our client's paperwork, showing that he was cultivating as a collective and that the clients were growing within the California legal guidelines (H&S 11362.77(a)).

People v. Nguyen (2015) - Mr. Nassiri’s client was arrested after a search warrant was served on two of our client’s grow houses. Each marijuana grow house contained several hundred plants at various stages of growth. Dry processed marijuana, scales and cash were all discovered at the grow houses. Our client was charged with violating Health & Safety Code Section 11358 (cultivation) and 11359 (possession with intent to sell). This client had no medical marijuana collective paperwork – he was not incorporated, nor did he pay any taxes on the income he received from the collective. After a vigorous two year court battle, Mr. Nassiri had both felony charges dismissed and the charges were reduced to a single count of H&S 11366, which is a wobbler that will be reduced to a misdemeanor. The client served no jail time and the judge authorized our to continue to smoke marijuana and run the collective while he in on informal probation with the court.

People v. Diep (2015) - Mr. Diep was charged with Cultivation and Sales of Marijuana (H&S 11358 and 11359). Mr. Nassiri was hired by Mr. Diep on the spot at the courtroom to settle his case after Mr. Diep’s own lawyer failed to timely show up in court at one of his pretrial hearings. Mr. Nassiri negotiated with the prosecutor and was able to get both felonies reduced to a single misdemeanor count of H&S 11366 – maintaining a place for the distribution of a controlled substance. Mr. Diep was merely present at the grow house on a single occasion to help water plants for a grower. Mr. Diep was not part of the collective and the grow site had no collective documentation and was not incorporated at the time of the arrest. Mr. Diep served no jail time.

People v. Freimarck (2014) - Cannabis Law Group’s client was charged with Money Laundering and violation of the Money Transmission Act when he was caught by US Customs agents while he was crossing the California/Arizona border with over $50,000 in cash and some marijuana. The San Diego DA’s office was looking to convict our client and put him in prison for illegally possessing money because he could not prove the source of the money. However, marijuana attorney Damian Nassiri was able to get the felony charges reduced to a single misdemeanor charge that did not involve any jail time or community service.

This last week, criminal defense attorney Damian Nassiri was able to get two felonies reduced to a misdemeanor in one of the firm’s medical marijuana criminal defense cases. Our client was arrested for possession with intent to sell and sales/transportation. These two felonies carry a maximum of 4 years in state prison. Our client was arrested while transporting marijuana for a medical marijuana delivery service. The client was pulled over because her car had tinted windows and the light over her license plate was out. If you are involved in a delivery service, you should always make sure that you obey all vehicle codes so that you do not give the cops probable cause to pull your vehicle over – including removing all tinting from your windows so you don’t give the cops an excuse to detain you.

Unfortunately, our client was also travelling without her paperwork. Most of the criminal defense calls we receive at our office these days comes from clients who are travelling in their vehicles without any of their paperwork when they get pulled over. It is a good time to remind you to carry all of your paperwork with you whenever you are transporting medicine for the collective as many times the cops may let you go if you have such documents as your articles of incorporation, sellers permit, transportation agreement, patient records, ect.

Although our client had less than two ounces of medicine, she was still arrested by police near Rancho Santa Margarita and charged with the two felonies. Medical Marijuana attorney Damian Nassiri was able to successfully negotiate a plea bargain with the Orange County District Attorney which involved no jail time for our client. After we were able to show the prosecutor that the case was defensible, our client’s two felonies were eventually reduced two one misdemeanor, a violation of Health & Safety Code Section 11357(c), which is a misdemeanor for possession of over one ounce of marijuana. Our client was also put on informal probation and ordered to pay a fine.

People v. Cassidy(2012) - Cannabis Law Group successfully had this case dismissed on September 10, 2012. California law makes it an infraction if a person under the age of 21 is cited by a police officer for possession of less than one ounce of marijuana. The citation carries with it a $100 fine, which may not be a large amount, however, if the person pays the fine, they are essentially pleading guilty and will lose their driver's license for one year. See Health & Safety Code §11357(b).

In this case, our client suffered from migraine headaches, which is one of the medical conditions specifically listed in the law as being eligible for medical marijuana. Our client had tried other pain medications prescribed by doctors, but the medications did not work after using them for a long period of time and resulted in severe, unwanted side effects.

Cannabis Law Group's attorney Damian Nassiri represented our client at trial and was able to have the case dismissed. Nassiri brought in the client's doctor to the trial to testify as to the client's serious medical condition and the client did not lose their driver’s license.

Our client was pulled over by the police while transporting medical marijuana for his collective. Cannabis Law Group represented our client vigorously in this matter and ended up getting our clients cased dismissed.

Our lawyers needed to prove that our client was operating in compliance with California’s medical marijuana laws.

Later in the case, attorney Damian Nassiri prepared our clients witnesses to testify at the preliminary hearing on behalf of our client. The case was subsequently dismissed at the preliminary hearing when the prosecutor saw the strength of our case. Our lawyers came with all the documents and witnesses necessary to prove our client’s case - including a number of seriously ill patients who came to court to testify.

People v. Martinez– in Orange County, California. Our client was charged with two felony marijuana charges – Sales/Transportation of Marijuana - Health & Safety Code §11360(a), and Possession of Marijuana for Sale – Health & Safety Code § 11359. Our client also had a weapon on him at the time of arrest in his vehicle. As a result, the District Attorney wanted to take our client’s license for a year.

People v. Quintero(2012) in Pasadena, Los Angeles County. Our minor client was arrested for driving under the influence of marijuana and charged with a marijuana DUI. Damian Nassiri negotiated with the District Attorney and obtained a 6 month informal probation plea agreement on behalf of our client with no jail time and no loss of license.